Gutting your ambo to start from scratch!

Cabinets,Flooring, Beds and Shelves - Inside the box for comfortable living
Post Reply
3 posts • Page 1 of 1

Gutting your ambo to start from scratch!

I've had a lot of people asking me off they should gut there ambo and start from scratch or, on the other hand try to get the most of what is already there. Let's face it, the quality of the ambulances is usually pretty good so why would you go through the trouble of removing everything to start from scratch?

But it's not for everyone, it's a big commitment but the resulting options are endless!

There is also tons of stuff in a ambo that you'll never need, especially electrical. So here's my 2008 that I just finish gutting. The only electrical left is for the brakes, turn signal & reverse. I saved all the wires and will re-use them as needed.

At this stage I'm debating if I should remove the floor and re-insulate it with 1/2" plywood over 2" hard foam. I haven't done it in my other one and sometimes regret it.

I also take care of any surface rust in the cab and soundproof everything along with adding extra insulation.

Later I'll post pictures how the finish interior of my 2001 turned out. 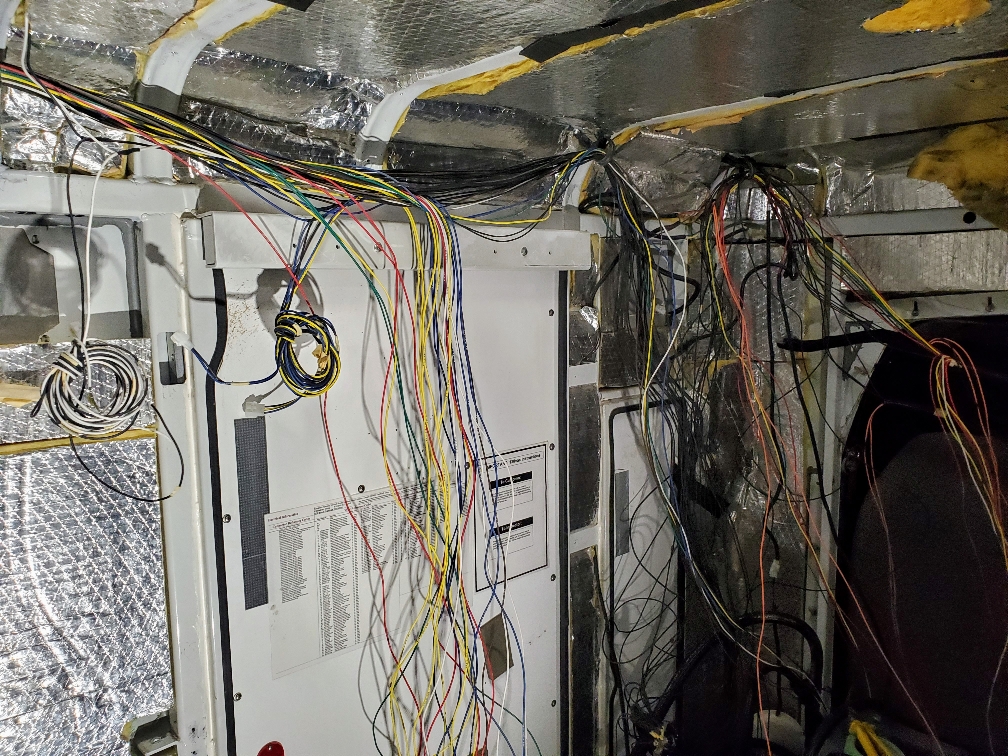 Re: Gutting your ambo to start from scratch!

if you want to insulate floor IMHO easiest is just spray foam underneath like they do motor homes.

If you want to now or in future lay in heated floors. I would put 1/2 inch strips above the existing floor inside.. put 1/2 inch foam insulation board inside the ribs.. then tack 1/4 inch ply onto ribs.... or do your floating floor directly on ribs.

the 1/2 inch rib is so you can put reflective foil on oem floor. then tubing for heated coolant... then your top floor. tada. heatd floor. Knew of one person who only put heated floor where you sit for long periods in the camper... to keep his tootsies warm.

but this is just a think out loud kinda thing... Im no expert.
Ambo build underway viewtopic.php?f=9&t=289

Re: Gutting your ambo to start from scratch!

Heated floors briefly crossed my mind but to complicated and a pain to fix if you have issues with it.

I have 2 diesel heaters (air & coolant) waiting to get installed plus I'll be looking at installing a wood stove. Works great to dry your wet clothes in a cozy atmosphere!

Il wrap my head about the floor situation. I've seen foam sprayed underneath, works but messy. Still an option though...